Kormotech, a Ukrainian company controlling over a third of its home pet food market, has just announced building a production facility in Kedainiai, Lithuania. The Lithuanian subsidiary bearing the same name will operate in the Kedainiai Free Economic Zone and employ around 70 specialists. The Ukrainian company intends to invest more than €6 million in the new plant.

Founded in 2003 in Lviv, Kormotech produces both wet and dry food for cats and dogs. The new plant in Kedainiai FEZ will specialize in wet food for cats and dogs, and will have a high degree of automation due to modern equipment from Denmark and Germany. The annual capacity for the new plant is estimated at 20,000 tons. The plant will open in 2019, and the company is already on the lookout for skilled engineers, food technologists and other specialists.

The company’s products are already exported to 16 countries, including France and the Netherlands. According to CEO of Kormotech Rostislav Vovk, the plant in Kedainiai FEZ is an important step in the company’s plans to further expand presence on the world arena. 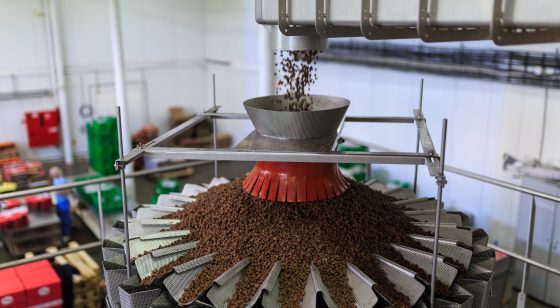