Lithuania as EU’s springboard for investment

Membership in the European Union (EU) has ensured access to a single market for goods and services with around half a billion consumers. Investors are familiar with the older Western democracies, but the countries that have joined the EU relatively recently also have something to offer. Lithuania is particularly active in the geographical centre of Europe, and is competing for investments, both in relation to Elon Musk’s projects and for completely new greenfield projects, for which it is offering preferential tax conditions.

At the end of 2021, the satellite Internet Starlink was launched by Musk’s aerospace company SpaceX in Lithuania, a country which is already covered by a particularly fast and powerful internet system. Recent years have put the cherry on the cake, as Lithuania was chosen for developments by such well-known names as the US automotive parts giant Dana Incorporated, German capital automotive electronics manufacturer Continental, continued training company Metso-Outotec, cargo elevator manufacturer Bar CargoLift and the healthcare company Hollister.

The Swedish home interior giant Ikea has a network of reliable long-term partners in the country, while companies such as Mars, Thermofisher, AQ Wiring Systems and Hella are also investing in development projects in Lithuania.

Considerable European and US investments in Lithuania

According to data from the Bank of Lithuania, the accumulated foreign direct investment (FDI) in the country in 2020 amounted to 23.94 billion euros, or 16% higher than a year ago in 2019. Of this amount, European investors accounted for the largest share, or 76%, while Western investors accounted for 23%, with the United States being the undisputed leader among the latter.

Giedrius Valuckas, the CEO of Investment Partner which manages two free economic zones (FEZ) in Lithuania, noted that the country is making good use of both its convenient location in terms of logistics and its active institutional involvement at the state level in advising and supporting businesses wishing to set up operations in the country.

“What Lithuania can offer is unique. It is a country that is at the crossroads of the East and West, and especially close to Scandinavia. It has excellent, well-developed road and rail networks, as many as four international airports, one of which (Šiauliai Airport) is located right next to the Šiauliai FEZ. It also has many years of general experience in working with both well-known large manufacturers and smaller companies, which allows us to offer businesses a great start. As a compact country, everyone – from landowners to municipalities and state representatives – is interested in supporting businesses in the country and offering the best possible conditions. In fact, we are doing well, as the FDI in the country is constantly growing,” said Valuckas.

As a member of the EU and the NATO Alliance, Lithuania’s identity is clearly positioned as Western.

Lithuania has a strong industrial production base

The manufacturing industry forms a significant part of the Lithuanian economy, generating more than 20% of the country’s gross domestic product (GDP). Due to its attractive location, combined with rapidly evolving manufacturing projects and a high level of digitisation, Lithuania’s industrial activities did not experience a downturn in 2020, when the COVID-19 pandemic began. Furthermore, the country is planning to complete this year with a 35% growth rate.

LT manufacturing companies are increasingly being integrated into the EU value chains via investments in R&D and growing outward FDIs. In particular, the manufacturing sector has experienced tremendous growth in the past 10 years. Probably the best indicator that Lithuania is a manufacturing-friendly

country is the share of the manufacturing sector in the GDP, which stood at 20.5% in the first half of 2021. This number is actually the highest percentage in history, as an indicator that has been monitored by the Lithuanian Statistics Department since 1995. Another important factor to consider is the level of production in relation to Lithuanian manufacturing, which in January-July 2021 was 17.5% higher than during the same period of 2019, i.e. before the Covid pandemic. This result shows that Lithuanian industries are booming, thanks in part to the friendly business climate for manufacturing operations.

Having previously operated a nuclear power plant, Lithuania is rapidly reorienting its focus towards the maximum use of renewable energy resources: already, 25% of the country’s electricity is generated from renewable sources. All the latest projects have been developed in line with the EU Green Deal 2030, and Lithuania has ambitious goals of becoming a leader in terms of sustainability. The business world is not standing on the sidelines and waiting for new regulations, but is instead helping to drive this trend. As a result, there are a lot of new projects and ideas regarding renewable energy, the circular economy and digitalisation in Lithuania.

Data compiled by the Digital Economy and Society Index (DESi index) shows that in 2020, Lithuania was among the Top 10 best EU countries in regard to the integration of digital technologies into business activities. Therefore, it is clear that Lithuanian companies are quite skilled with the usage of digital solutions, which requires a good digital infrastructure. The latest EU Innovation Scoreboard Report indicated that the level of broadband internet penetration in Lithuania was 121% of the EU average, confirming that the level of the digital infrastructure in Lithuania is truly high. 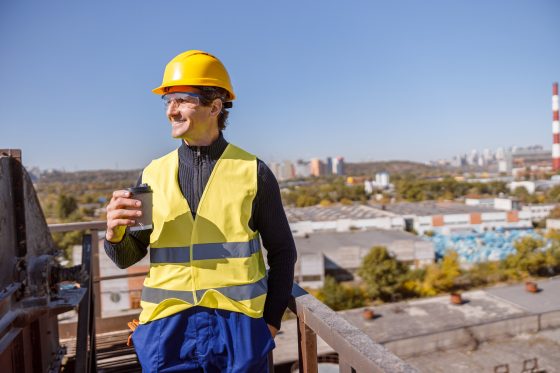 Well-known innovative companies, – from Oracle and Thermo Fisher, Continental to Revolut – have discovered and are successfully utilising the advantages offered by Lithuania. However, the city of Vilnius is rapidly moving forward by focusing on service centres, start-ups and the FinTech sector. In turn, companies with competencies in the field of production are concentrated in other regions with long-standing experience. Naturally, efforts are being made to develop new production sites in regions of the country that have both a local and an untapped potential to offer hospitality to businesses. For example, Ikea Industry Lietuva is developing a production facility for lightweight panels and various popular wood products near Kaunas, the second largest city in the country, which has resulted in about 700 jobs.

Central Lithuania is connected with the main logistics directions to the North-South and East-West. Intersections of the main land roads and railways are located here, with international airports up to a few hundred kilometres away and the ice-free Klaipėda State Seaport. Because Lithuania has a well-developed production base, the local supply chains in the country are attractive to new investors. As there is currently a shortage in the labour force for manufacturing companies throughout Europe, the supply of human capital in central Lithuania is becoming another critical advantage.

Kėdainiai, a part of the Kaunas County, has just begun to set up a free economic zone. This location is particularly attractive due to the convenient logistics factor, as well as having an attractive labour market consisting of both highly qualified and less qualified human resources. Even though 2020 became the year of the global COVID-19 pandemic and troubled times for businesses, the number of new companies registered in Kėdainiai District Municipality last year was the highest since 2015.

Many different industrial projects have been purposefully developed in Lithuania for over a decade, ranging from vehicles, electronics, plastics, furniture and metal processing to agriculture. These projects concern large, globally operating businesses that are becoming success stories and are often earning business excellence awards at their group level.

“As operators of the Kėdainiai FEZ, we are proud of the production projects being rapidly implemented by such names as the German capital air separation plant Linde Gas, the liquid fertiliser plant Ikar, the ambitious Ukrainian capital cat and dog food producer Kormotech, the textile hemp fibre producer Natūralus Pluoštas and others. In the last year alone, investments worth 60 million euros have been made in the Kėdainiai FEZ and an area of 40 ha has been occupied,” emphasised Valuckas.

Lithuania and the Kėdainiai region are waiting for businesses with different profiles including representatives of the chemical, food, agricultural, metal processing, automotive and mechatronics industries. With 20 years of experience behind us, we are ready to fully engage in growing and strengthening our clients’ businesses: from attracting employees, to adapting technological solutions to ensure business optimisation and creating synergy with our business network.

One of the latest investments to appear the Kėdainiai FEZ is the Ukrainian capital company Kormotech, which chose to start its business in the EU by investing nearly 12 million euros during the first stage of its development and allocating about two-thirds of that investment to purchase equipment that will maximise the automation of its production processes. Due to COVID-19, the latter project was implemented remotely at the scheduled time, while the owner flew in a private flight to inspect the operating plant.

“What we have here is a plot of land and an engineering infrastructure suitable for the construction of our plant. Equally important was the fact that we were not left unattended – on the contrary, we were accompanied at all the different stages of our establishment, and this assistance was very valuable. In Ukraine, we occupy about a quarter of the cat and dog food market, and we are success competitors with our products in the European Union. It is also encouraging that we have started cooperating with the largest Lithuanian retail chains, producing for them under private labels,” said Andriy Berezyuk, CEO of Kormotech.

The country’s FDI development agency noted that after the global turmoil of 2020, this year has been characterised by an increased number of inquiries and attention being paid to Lithuania as an attractive location that is capable of offering foreign investors a strong and secure information technology infrastructure, educated talent and a flexible business environment.

“Our many years of work allow us to use the experience and good practices we have acquired when dealing with investors who want to expand their activities. We are not newbies and we understand the needs of businesses not theoretically but in practice – so we know the details, and never leave investors without consultations and assistance. We hope that we will be able to become a reliable partner for you too – those of you who already know about Lithuania’s opportunities, and those who have not heard a lot about our country,” added Valuckas.

Go back
Construction of the new DPD parcel terminal in
Businesses struggling to find workers starts
Pon.Bike to open production facility in Kėdainiai
DPD is expanding in Šiauliai FEZ: construction will