Plenty of work in Siauliai Free Economic Zone (FEZ), covering 133 hectares and being the third in area in Lithuania, within the last year

As soon as Siauliai FEZ appointed its operator, it was equipped with primary infrastructure, i.e. asphalt, lighting, sewage system, water supply and rain drainage. These works were completed in 2016, and necessary electricity capacity was installed in 2017. Today, FEZ can provide not only up to 20 MW of power to investors, but also whatever is needed for quick start-up and successful follow-up.

Although it is often noted in the public sphere that FEZ zones are intended to increase the attractiveness of foreign investment, Lithuanian capital is developing and expanding not only in Siauliai FEZ but also other countries. Four companies have already signed contracts with Siauliai FEZ, two of them are Lithuanian.

Recently the construction of the plant of the company Reklamos diktatorius has started, and the dental production company Medicinos linija is settling in. Current investors are expected to invest in buildings and equipment at least EUR 15 million in total. However, companies often have higher aspirations.

“I think the year 2019 will be even more successful and we will cut even more ribbons on plant opening ceremonies”, said Arturas Klangauskas, Director of the FEZ management company.

According to the manager, the search for foreign investors is mainly focused on Scandinavian countries and Germany. A similar policy is being pursued by the FEZ in other countries. Foreign investors are more likely to settle in Lithuania when they ascertain that their compatriots are developing their businesses successfully in our country. Siauliai FEZ is also looking round for the US companies, and it is also interested in the British, as the accelerating Brexit process may encourage the UK companies to look for new production areas.

From Siauliai around the world

Siauliai city, with a population of 100 thousand inhabitants, is famous for its industry. “We perceive Siauliai as the centre of engineering industry. It is an open area for successful developing of the automotive, plastic, metalworking or wood industries. We see these fields as the essential ones”, said Klangauskas.

One of the biggest advantages of Siauliai is its favourable geographical location. Considering the distance to Klaipeda port, the city of Siauliai, apart from Klaipeda, is nearest to the sea. Investors are also emphasised that they can easily choose between the ports of Riga and Klaipeda when settled in Siauliai, as the distance to Riga is even shorter and the capital of Latvia also has a large airport. 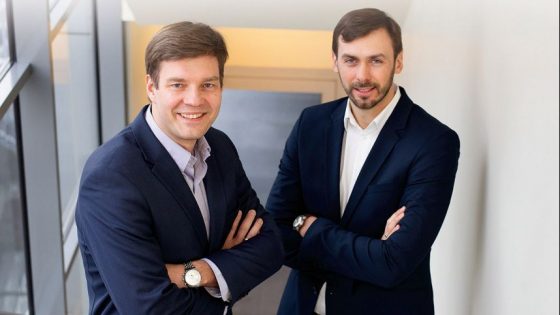 Siauliai has an airport as well. Part of the military Zokniai airport is designed for the cargo terminal and civil aviation. During the first three quarters of the year, 747 tons of cargo was transhipped in Zokiai, accounting for more than 6 per cent of the total cargo flow in Lithuania.  In this regard, Siauliai is far ahead of Palanga airport.

The advantage of Siauliai FEZ is also close ties with the municipality and its institutions. “We emphasise our good relationships with the municipality, based on mutual understanding, also to investors. We appreciate the city managers who are concerned with the FEZ. They are interested in the issues we raise, and the problems are being solved. The settlement of investors in the region implies that the results of the cooperation are clearly visible”, says Klangauskas.

In the Siauliai FEZ both foreign and Lithuanian capital companies can be established. They are subject to: