Breakthrough in Kedainiai FEZ: New Plants Have Emerged and New Investments Are Expected

In January last year a capsule was solemnly placed at the construction site of the future liquid fertiliser plant Ikar in Kedainiai FEZ, and this plant has already launched its work. It is expected to become the most innovative and cutting-edge technology company in the region. Investments in this plant and research lab already amount to EUR 4 million, and production will be traded on the global market.

“The segment we are focusing on is the whole world as the fertilisers that we will shortly start producing will be expensive enough. The outermost point to which we are about to export our products is Australia. There will also be Vietnam, Indonesia, not to mention Europe”, said Arminas Kildisis, the manager and shareholder of Kaunas company Vitera Baltic, which built the factory.

Hemp fibre processing plant has made a start

A renowned conglomerate ICOR has invested nearly 9 million euros in Kedainiai district, having built the first hemp fibre, which is used in the textile industry, processing plant in the country in the territory of FEZ. This was the first agricultural investment of the concern, while ICOR also purchased a controlling percentage of equity of the company Agrosfera. The function of Agrosfera is to become an operator of the hemp fibre processing plant, contract with farmers and supply the plant raw material.

According to Raimondas Petreikis, General Manager of Naturalus pluostas, the company managing the plant, currently operations involving the first harvest of fibre hemp are conducted, equipment is being adjusted and technological processes are being improved.

The technology available at present allows processing up to 4 tons of fibre hemp per hour, and next season the plant will be running at full speed and will be able to process up to 30 thousand tons of raw material. The recycling process is exceptional in that it produces no waste. Hemp hurds are pressed into fuel-pellets at the plant.

Kedainiai, famous for its well-developed agrarian sector and food industry, will obtain another large employer next year. The plant of the Ukrainian company Kormotech producing pet food will be located in the territory of Kedainiai FEZ. They intend to invest 8 million euros into the plant. 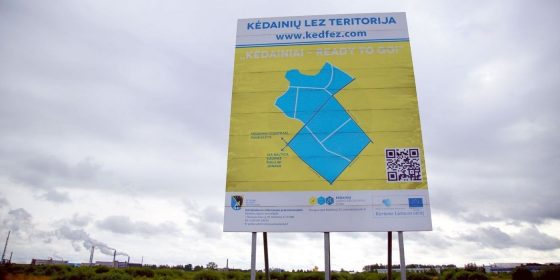 Ukrainians working in the global feed market are also planning to establish a research centre in Kedainiai and, in cooperation with scientists from Lithuanian universities, develop new products. “Kormotech, a company established in 2003 in Ukraine, Lviv, produces wet and dry food for cats and dogs. The new plant in Kedainiai FEZ will specialise in the production of wet food for cats and dogs, which will be automated with the integration of modern equipment imported from Denmark and Germany. The estimated annual capacity of the new plant is 20,000 tons. The plant will be launched in 2019 and is already looking for qualified employees”, said the representatives of the public body Investuok Lietuvoje.

A subsidiary of the multimillion corporation will be established

At the end of this year, the Kedainiai FEZ management company has succeeded in attracting record investments. The AGA company, a leader in industrial gas production owned by the international corporation The Linde Group, is going to invest in the nitrogen and oxygen plant in Kedainiai.

The decision to build a gas extraction plant in Kedainiai is reported to be a strategic step for the company to actively expand its business not only in Lithuania but also in the whole Baltic Sea region. According to the company’s managers, such a decision was determined by the growing demand of consumers, more precisely, the huge investments of German companies in Kaunas FEZ. AGA decided to build its new factory in Kedainiai in order be closer to its customers.

AGA owned by The Linde Group corporation is a global leader in gas production and engineering solutions. Its affiliates employ over 63 thousand employees, the company operates in more than 100 countries worldwide. In the financial year 2014, the sales of The Linde Group amounted to EUR 17,047 billion.